Fines for using water? Let’s talk about the real problem!

Fines for using water? Let’s talk about the real problem!

A few weeks ago, the following title circled around: “Tap unnecessarily open? €1500 fine!”. This particular article referred to new measures taken by the French government because of the heatwave this past summer. By now, such titles are no surprise, but in reading this piece we could not help but be slightly disappointed. Once again, an article missed the point…

The tragedy here is that there are such water shortages because of rising temperatures, aka global warming! And this problem is not peculiar to France…

“Most water-stressed countries”: something that should keep you busy!

Belgium has been dangerously high on the list of “most water-stressed countries” for several years, according to the World Resource Institute. This year we have once again had to contend with a heat wave forcing the Flemish Drought Commission to take measures. This is mainly due to the extremely high population density in Flanders and Brussels.

One might ask, “Will our water consumption ever be able to be back to what it once was?” In all honesty: probably not. Contemporary climate change has caused rising base temperatures that have increased the frequency and intensity of heat waves. Going back to how things used to be, like most things in life, is not possible.

Water is as important and precious to our global economy as oil. While the exact split between water use for agriculture or for industry may differ from country to country, it is clear to everyone how crucial water is for businesses, everyone uses it, regardless of industry. However, it is important to realise that about 2/3 of all companies are at risk in their operations and value chains because of the water crisis. The positive thing about water shortages is that this is a climate problem that can be successful by addressing it locally. As a company, it is important to realise how your interaction is with river basins that could go into the red and focus your efforts accordingly. The 3 key players: Direct Operations, Supply Chain and Basin Health.

Large-scale change is possible! If there is one thing the Corona pandemic has taught us, it is this. Humanity can move fast when needed, and it is! Who can say what new techniques and technologies await us in the future? What the future will look like is still unknown, but one thing is certain: The world is changing and sooner or later everyone will have to shift gears, so why not take the lead and get ahead of the curve! 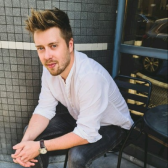